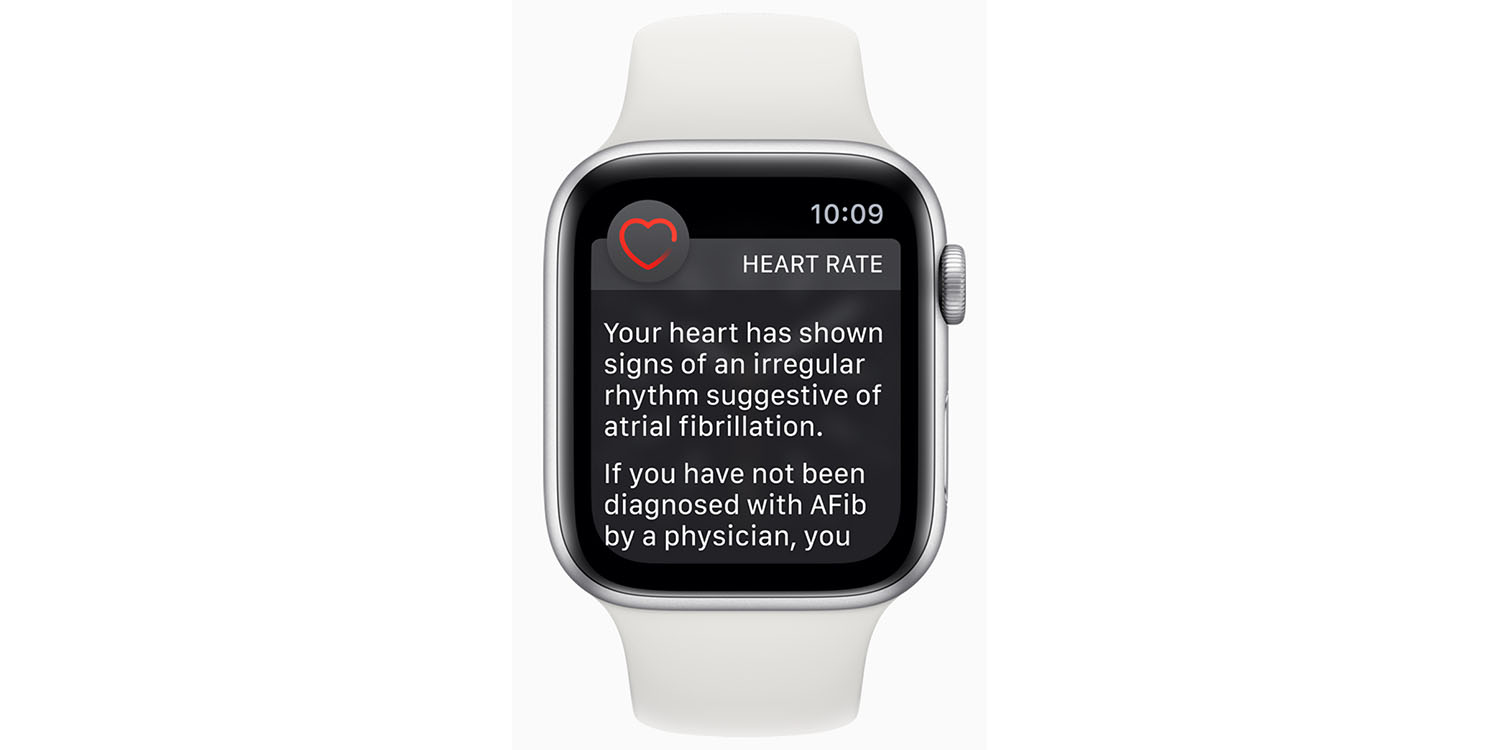 Apple acknowledged in its FDA submission that the Apple Watch cannot detect AFib when the heart-rate is above 120 beats per minute, and a report today suggests this means it may fail to detect the condition in anywhere between 30% and 60% of cases.

A Fortune report today notes this.

Apple […] openly indicates that its smartwatch “is not constantly looking for AFib,” and that “people with AFib may not get a notification.”

However, it says that the inability of the Watch to detect AFib when the user’s heart-rate is above 120bpm is a very significant limitation.

AFib typically has a heart rate of 100 to 175 beats per minute (bpm), according to the Mayo Clinic. In 2015, a study published in the Annals of Medicine found that in a cohort of 2,821 patients with new-onset AFib, the mean heart rate was 109 bpm. But, according to the study, roughly one-third of patients had a heart rate of over 120. Further, some of these patients were receiving beta-blockers, a drug therapy commonly used to control the rapid rate and symptoms of AFib. Because beta blockers cause a direct decrease in heart rate, this patient population may have a slower heart rate than would be typical for an untreated patient group, resulting in an underestimation of true AFib heart rates for a larger population.

In another recent clinical study published in Circulation, researchers examined the ability of the Apple Watch to detect AFib in a group of patients post-cardiac surgery, a common complication after this procedure. The study found that the Apple Watch detected the abnormality in only 34 of 90 instances—an accuracy of only 41%.

In other words, one study found that the Apple Watch doesn’t detect AFib in around a third of cases, while a second one found that the failure rate may be as high as 59%.

The concern expressed in the piece is that it may create a false sense of security. That someone who might otherwise suspect they may have an issue may be reassured if their Apple Watch reports nothing.

“Irregular rhythm notifications,” as they’re described by Apple, are part of the Apple Watch’s alerts nonetheless, potentially creating a false sense of security for a consumer who might not have read, or might not understand, the important caveats Apple has noted.

Of course, Apple’s answer to this would be that, without a device like the Apple Watch, the detection rate among asymptomatic people would be 0%. Somewhere between a 40% and 70% chance of detection is massively better than nothing.

It should also be noted that Apple has chosen not to have the Watch FDA certified to detect AFib above 120bpm. Another device was given FDA clearance last year to detect two new heart conditions, not because the device got new capabilities, but because the company reached the point where it had sufficient confidence in it to make the application.

It may well be that the Apple Watch would be equally capable, but Apple is erring on the side of caution in what it claims. Certainly, there have been cases of the Watch detecting heart rates well above 120bpm and prompting an investigation of health issues.

But yes, it is worth stressing the point: if you have any reason for concern, consult a doctor, even if your Apple Watch thinks all is well.